Sometimes it's the little things. Anyone that's ever had an ipod will tell you it's the greatest invention ever...and if it's an iphone you'd fight someone that tried to take it from you.

If your car doesn't have a way to play it, it's super-frustrating. Fortunately, if you're clever enough there are ways to modify most factory car radios to do what you want them to do. 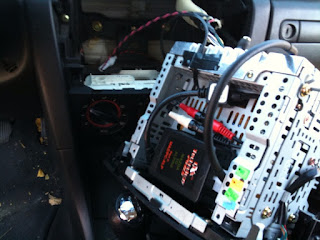 In this case, parts from 3 different companies were used to make it happen. First, you have to convince the factory radio that it's connected to an Alpine CD changer. Then, you have to convince the Alpine CD changer port to be RCA connectors instead. Finally, you add a cable that converts from RCA to an iPod dock connector to get line-out from the iPhone. That way, you get the best possible sound and it even doubles as a charger. Problem solved. 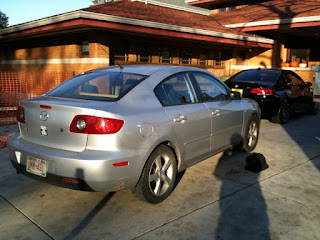